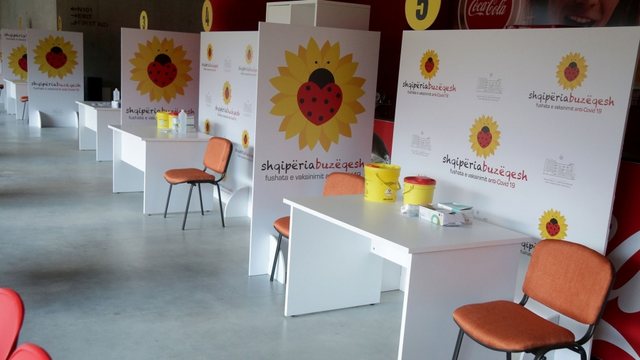 The Federation of Health Trade Unions of Kosovo (FSSHK) has announced that on March 20, 250 health workers of Kosovo will be sent for vaccination in Kukës, Albania.

The leader of this federation, Blerim Syla, said through a press release that another 250 health workers will be vaccinated in the coming days.

This decision is said to have been taken after the meeting held between the delegation of FSSHK and the Ambassador of Kosovo in Albania, Nait Hasani.

It was said that technical issues of vaccination were discussed at the meeting.

Kosovo continues to be the only country in Europe that has not started the vaccination process.

The country is expected to receive the first vaccines from COVAX - the World Health Organization's scheme to distribute vaccines to poor countries.

In the delivery through COVAX, Kosovo will receive 100,800 doses of vaccine produced by the company AstraZeneca.

The Ministry of Health in Kosovo, in early January, had announced that it had received confirmation from the American company, Pfizer, for the provision of 535,000 vaccines against coronavirus.

However, officials of this company told Radio Free Europe that they are still in discussions with the incumbent Government of Kosovo for the supply of vaccines.

The Director of the University Clinical Hospital Service (SHSKUK) Valbon Krasniqi, warned on Friday that during March all hospital capacities may be exceeded, due to the increase in the number of coronavirus cases in recent weeks.

The incumbent Minister of Health, Armend Zemaj said that if the overcrowding of hospitals continues, there will be difficulties in managing clinical cases.

Since the registration of the first cases of coronavirus in Kosovo, on March 13 last year, health authorities have registered 80,621 cases of infection.