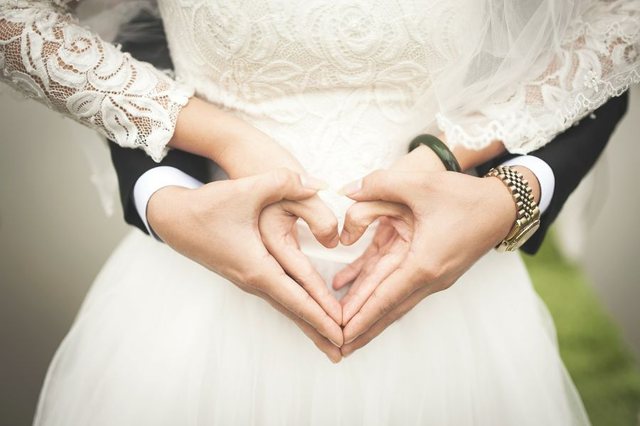 The number of marriages has shrunk significantly in 2020 and this, together with the uncertainties created by the pandemic, is expected to have an effect on medium-term fertility in the country. According to INSTAT data, last year about 17.5 thousand marriage acts were concluded in the country. This is the lowest number of marriages reported at least since 1990. Compared to 2019, celebrations fell by 22%.

Postponement of celebrations and fear of the consequences of COVID-19 has reduced family planning for childbirth. Other couples hope to start a successful pregnancy after vaccination. Obstetricians and gynecologists of state maternity hospitals said that many couples are reluctant to plan a pregnancy, as they are afraid of the problems it may cause in the COVID-19 embryo.

The same approach is shared by the obstetrician-gynecologist, Aferdita Kruja, at the American Hospital 2. The tendency to postpone family planning is observed in many couples. "Some couples are reluctant to start a pregnancy, for several reasons. First, many couples expect to be vaccinated and then start a successful pregnancy and healthy birth.

There is much speculation about the side effects of the vaccine on fertility. In my opinion, these allusions are not true. There is still no genuine scientific study, but given the other vaccinations against the population, this is like all other vaccines. The German Institute of Perneonatology has proposed for pregnant women that two of her closest people, for example, her husband and another member who have closest contact with her, can be vaccinated.

Pregnant women who may be affected by COVID-19 may experience more severe symptoms, as during pregnancy there is sometimes a tendency for thrombotic phenomena, which often occur with COVID-19.

We have encountered numerous cases of those who have been affected by COVID-19 and have had a successful pregnancy but have also had some premature births. There has been an increase in cases of abortions, which start very well but do not end. We still do not have genuine studies that the reason for this is COVID-19, as many of them have passed the virus without the classic symptoms, without realizing it at all. For all these cases, I think that it should take at least 5-10 years to reach a genuine scientific conclusion on the effects of the virus on pregnancies ", said Mrs. Kruja.

Regarding fertility, gynecologist Kruja said that it has not changed compared to the normal period. "It will take at least another year to see if there will be reflections of the pandemic on fertility. If a couple who were planning to start the pregnancy in March when the quarantine started, would not be restrained, as at first the situation was unclear and it was not known how long the pandemic would last. "Currently, births are normal, they have not changed."

The number of marriages is falling

According to the months, the contraction of the acts of celebration began as early as March, when only 640 marriage acts were concluded, from almost 1,700 in the same period of the previous year. In April, at the peak of quarantine, only 71 marriage acts were performed, with a contraction of 96% compared to the same month a year earlier. Even in May, although increasing in April, their number fell by 76% on an annual basis.

The highest number of marriages took place in August, with almost 2300, but again shrinking by about 9% compared to last August, a trend that is related to the return of immigrants for holidays. In the following months, although the restrictions were less, the number of marriages continued to decline (-11.7% in September and -14.3% in October). Only in November was recorded a level similar to the month of the previous year (-4.5%). The return of restrictions in December and the step of immigrants to come as a result of increased demands in the countries where they live, caused in December again the number of marriage acts fell by about 13.4%.

Even before the pandemic, the number of marriages in the country was declining, reflecting the aging of the population, high emigration, lifestyle changes, increasing the age of marriages, etc. They have fallen on average in the last 22-23 thousand years from 30 thousand in the early '90s./RevistaMonitor