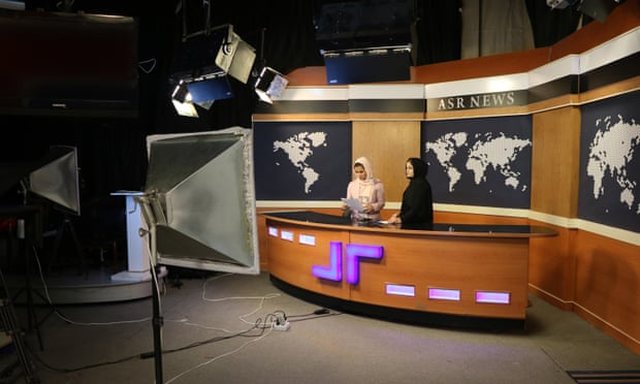 When President Ashraf Ghani left Afghanistan without any warning, he took with him every hope of the nation's women, especially the educated ones.

Aisha * is among many of them. As a prominent news anchor and presenter of political shows, she saw that all her efforts and many years of work were wasted in a few seconds.

For many years I worked as a journalist to raise the voice of Afghans, especially Afghan women, but now our identity is being destroyed and we have done nothing wrong to deserve it. In the last 24 hours, our lives have changed, we have been locked in our homes and death is threatening us at every moment.

Afghan journalists tell how a once free and noisy Kabul is now filled with silence and fear as they destroy traces of their identity and work to ward off Taliban militants. Aaisha is one of dozens of female Afghan journalists who have communicated with The Guardian in recent weeks, documenting the nation's downfall and sharing with the world the destruction of their country. Now they fear that fearless reporting will be exactly what it will cost you in the future. They are constantly receiving death threats from the Taliban and Afghan men who think that women should not be treated as equals, informs dritare.net

Through a phone call, Fereyba recalled the moment he heard the Taliban entering the gates of Kabul.

"I was out of the house and just got a call from my brother saying, 'Where are you? You have to go home now.' "It was scary. You can't imagine what the people here look like, their faces, their eyes and their habits."

Her voice drowned out as she began to tell how women and girls were beaten, abused, and raped, thinking that the same fate awaited her.

"First I'm worried about myself because I'm a woman, also a woman journalist. In the provinces they took some girls and used them as slaves, " she said.

Zeyba works for one of the largest media networks in Afghanistan, which means that no mercy will be shown to her, her husband and their children. Zeyba said that she and other journalists were trying frantically to bring their identity documents and work to the embassy before destroying any trace of their existence, physically and online./ Adapted from The Guardian for dritare.net: Kadrije Çako /

* All names have been changed!